Few weeks ago we had two part workshop about building and programming 3D printed robot. During workshops we assembled OTTO DIY robot kit and programmed it using Arduino IDE. 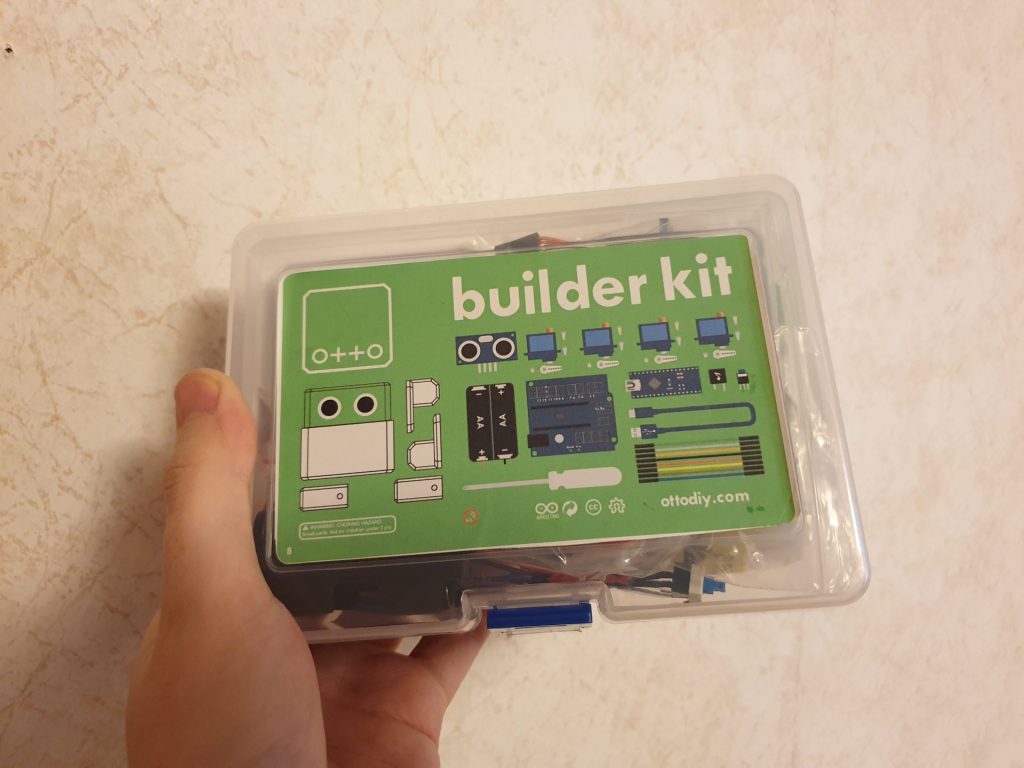 The kit came neatly packed with all parts needed for the robot. One of the four servo motors was stuck but we had similar extra motor in Hacklab parts collection. Few extra tools were used for easier assembly of mechanical and electrical parts. 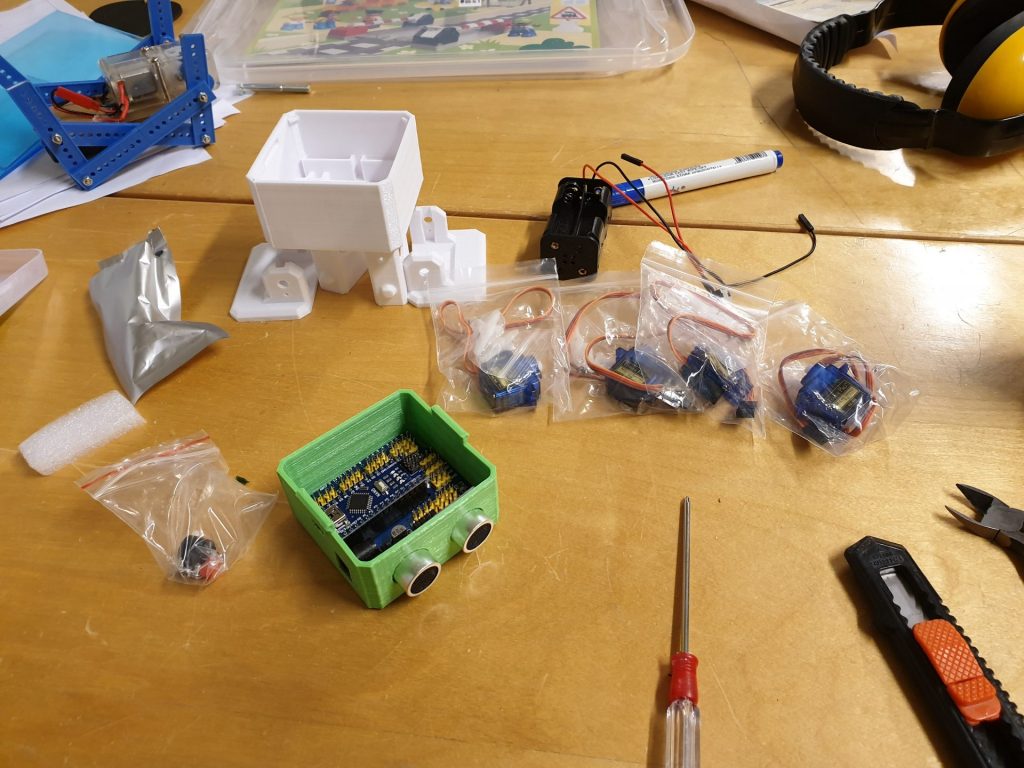 Programming OTTO robot is easy with provided Arduino libraries. Libraries are being rebuilt which causes some issues with library names (“Otto” vs “Otto9”) but we got them working without too many issues. Most examples have not been translated to use new name but it’s easy to do after libraries are installed correctly.

Calibration example should be run first to get feet in correct starting position and to save corrections to Arduino EEPROM memory.

Next steps for the robot is to switch 4 x AA battery case to Li-ion rechargeable battery and maybe add few extra sensors. 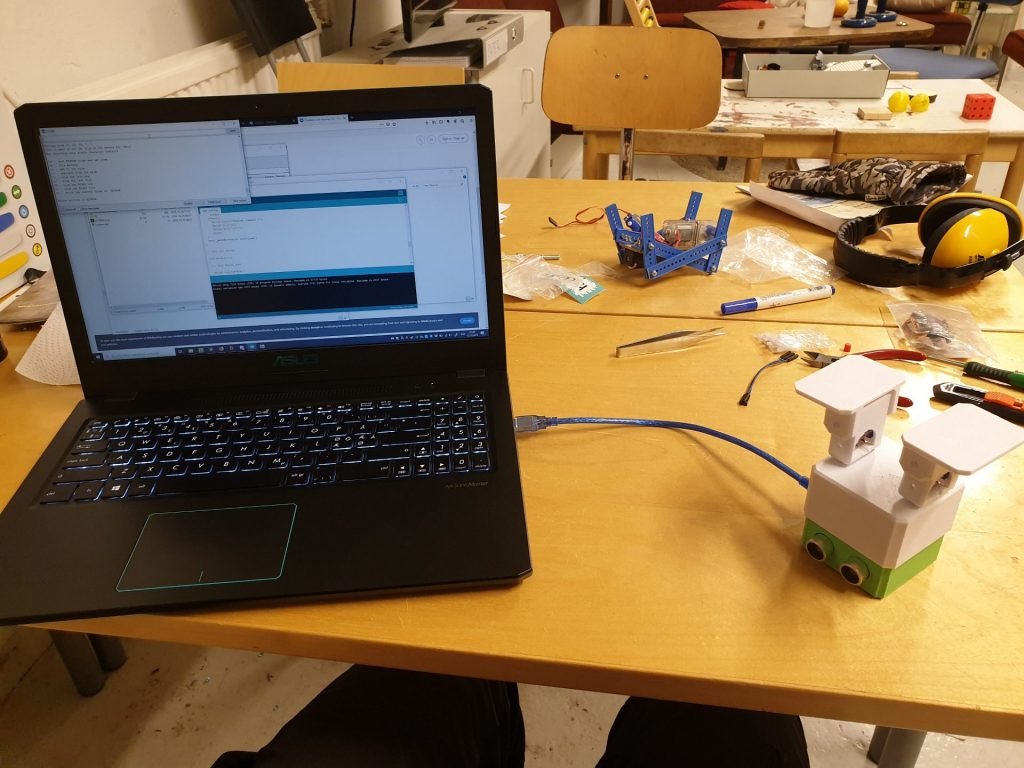