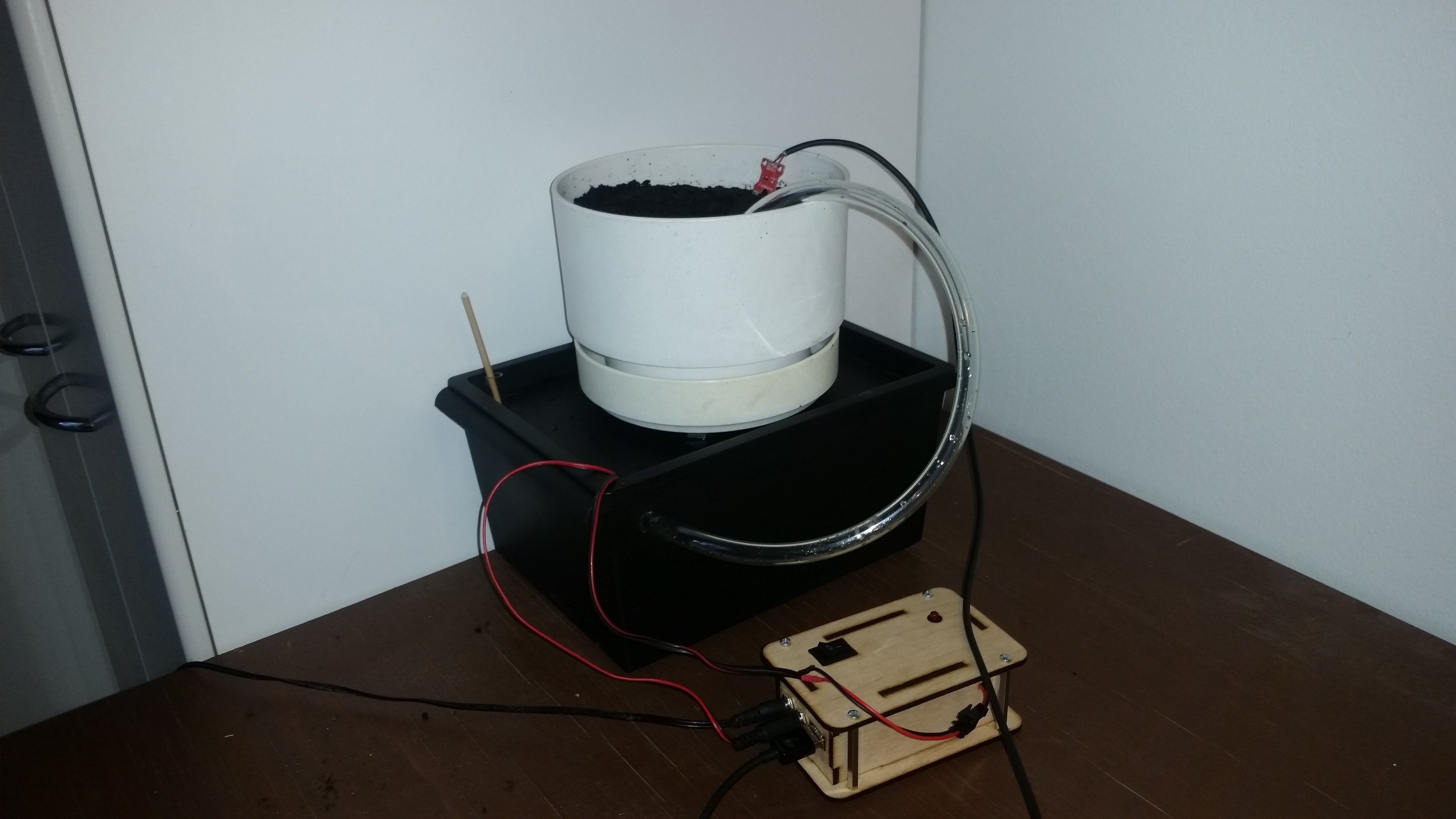 Call it a robotic gardener or an artificial green thumb, it is a device that keeps the soil of my chili plant wet.

The principle is simple. A moisture sensor hooked up to an ATtiny85 microcontroller measures the moisture of the soil every hour, and if the moisture is lower than a certain threshold, it turns on an aquarium pump to move some water from a tank into the pot. The tank has some holes on the lid and the pot sits on top of it, so that if the sensor malfunctions and too much water is pumped into the pot, it will just flow back into the tank. The tank can hold about 5 liters of water and, to prevent growth of algae, it is made of an opaque plastic. 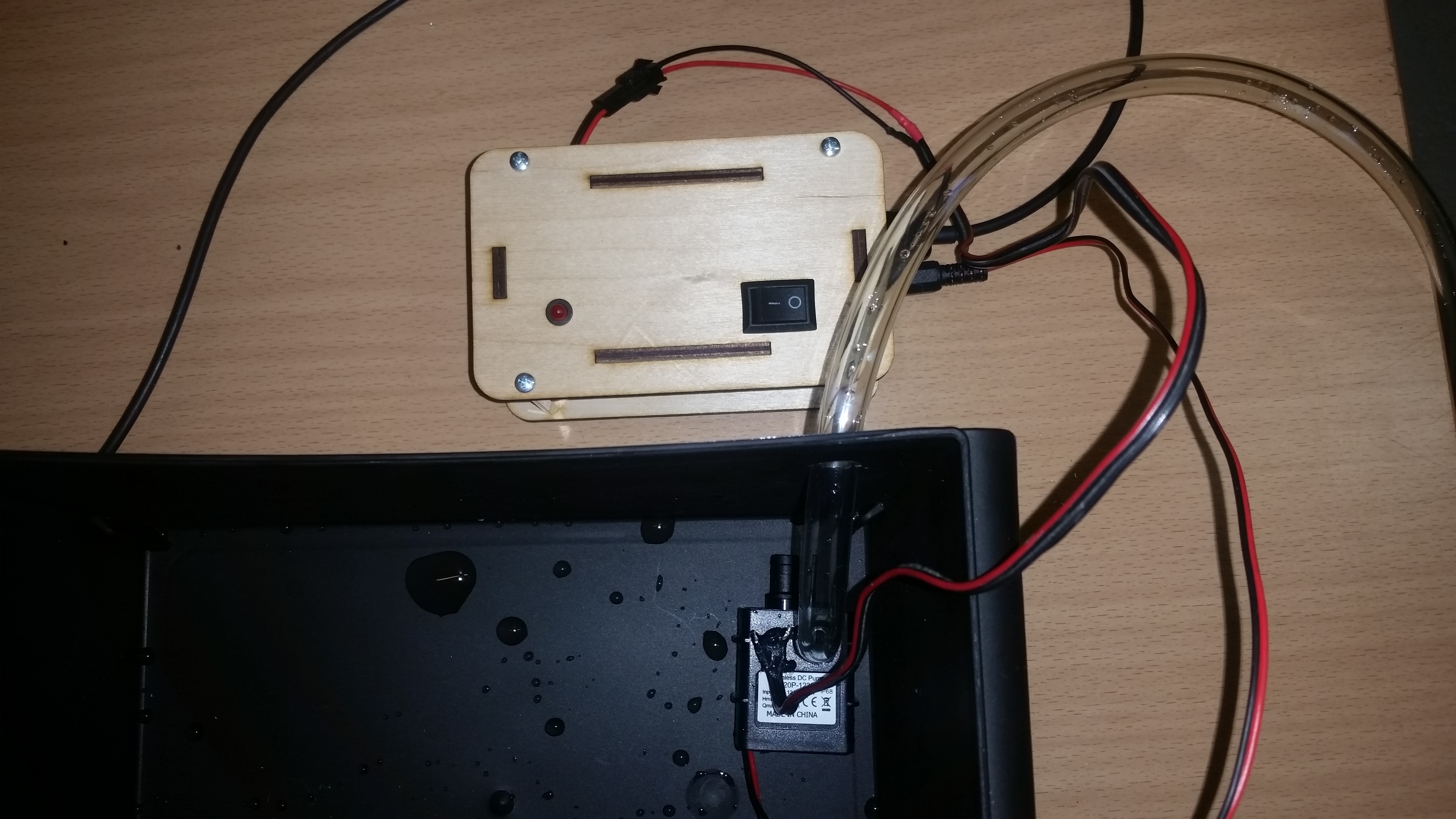 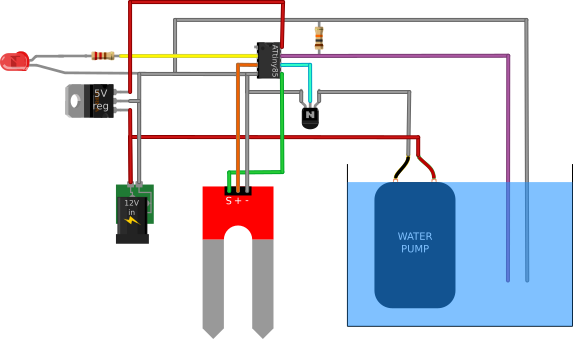 Note that the VCC pin of the soil moisture sensor is connected to an output pin of the microcontroller instead of being constantly powered with 5V. To prevent corrosion, the sensor should be powered only briefly while taking a measurement.

The two wires going into the water tank are a simple water level sensor. The stripped ends of the wires should be close to each other but not touching, so that the wires being underwater will result in a significant drop of resistance, which can be measured with an analog input pin of the microcontroller. Also, there should be a 10kOhm resistor between the wires above the water level.

At start, the LED is flashed a couple of times to indicate that the device has turned on. Then, the current moisture of the soil is measured and stored in the suitableMoisture variable. Each hour, the moisture is measured again, and if it is below the suitableMoisture threshold, the pump will be briefly turned on to water the soil. Thus, the moisture level should theoretically never drop below what it was when the device was last turned on. To change the desirable moisture level, the user can simply turn off the device until the moisture is at the new desirable level. No reprogramming required.