So I decided to plunge in into laser engraving world with our new laser cutter and decided to test out how well would an photo or image of some sort look on plywood board. Because of reasons I decided to engrave an part of screenshot from Irssi. First I used 100% speed and 50% power but it made way too light coloured etching, so I then swapped the settings to 50% speed and 100% power, this time it actually carved out some 1 millimeter’ish of plywood, making me have actually quite nice 3D effect on letters raising from background. But for darker colors without actually carving out material I think I’ll need to use less power and speed, so laser would just burn more dark marking in areas where wanted to but not “vapourise” plywood like you see in end result.

Here is short video from engraving process in action and also end result. For first engraving I’ve ever done I’m quite pleased with the results, while it wasn’t directly what I imagined it would look like. It was fun to learn how stuff works. Next time I might try etching an actual photo. 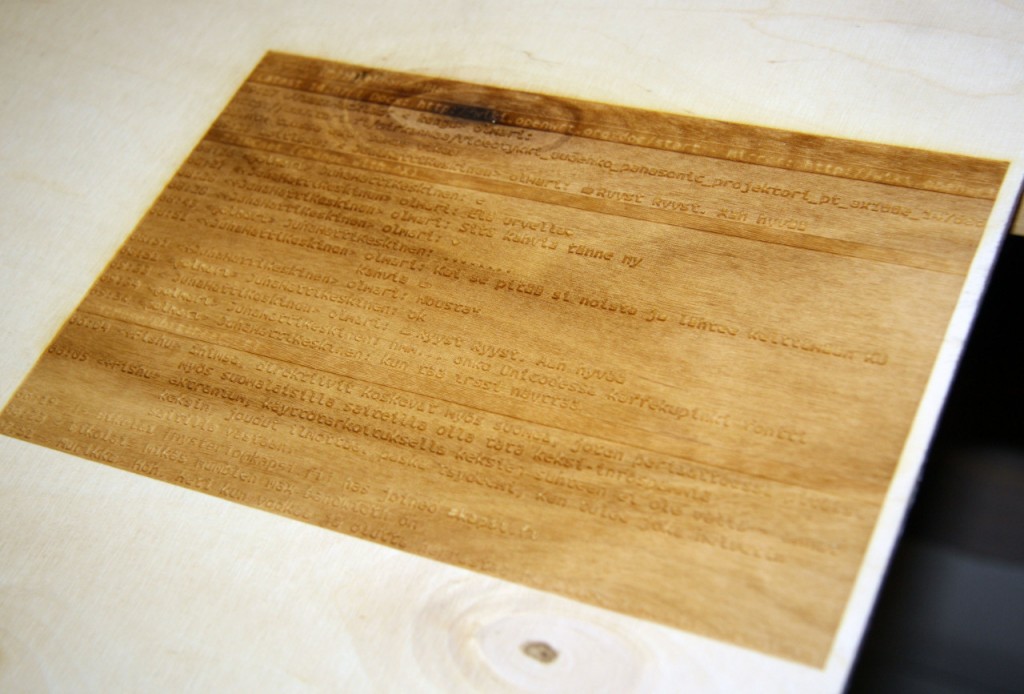