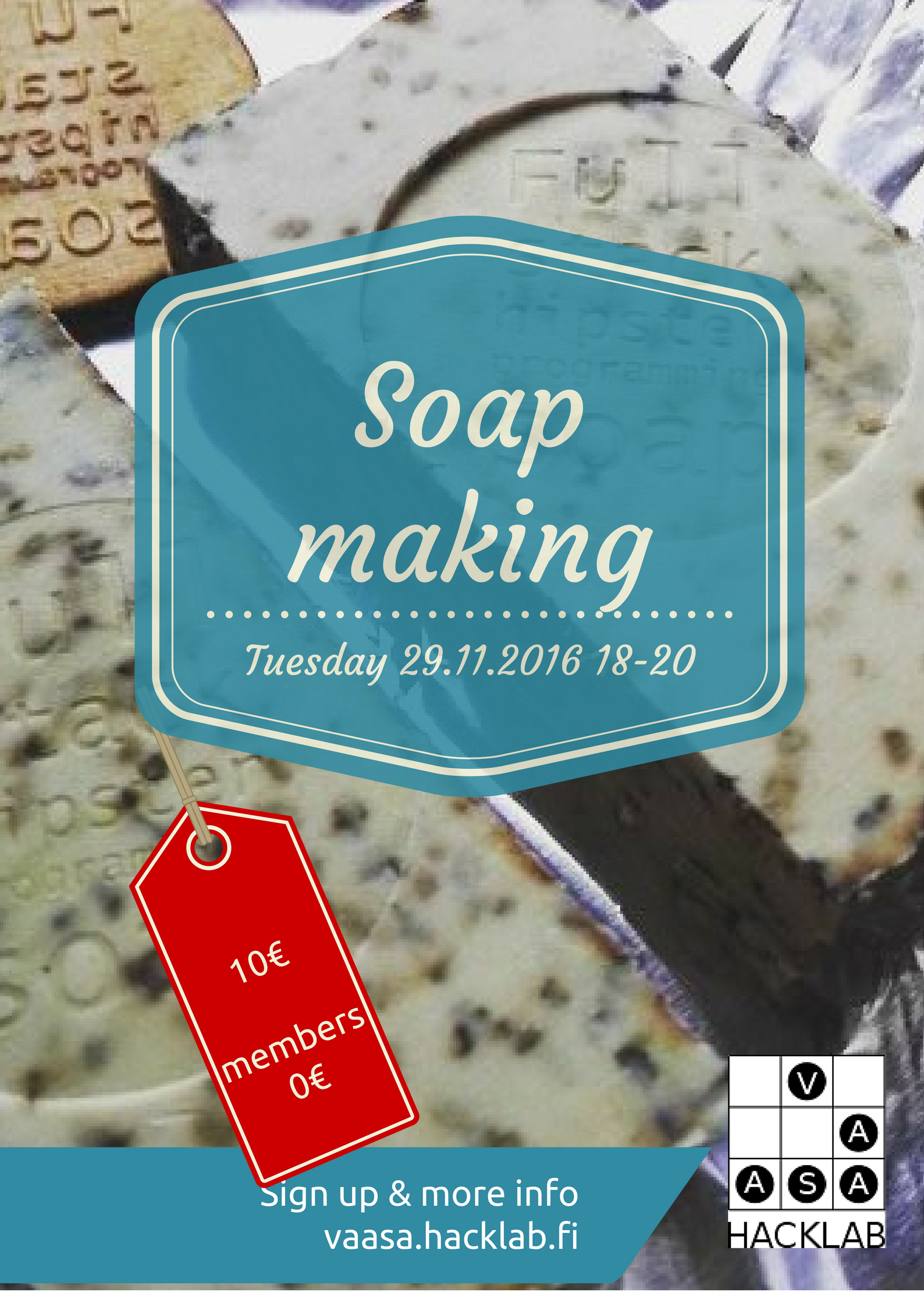 After the soap making course & workshop it was time to prepare the self-made soap to be nice looking presents for Christmas.

The soap from the soap making process was actually forgot for one extra day before continuing on the process. This lead to situation where the soap was all too well cured and hard to be cut with a knife or to press any kind of stamps on the soap. It was as rock solid as soap can get. The soap was cut into smaller pieces using a bandsaw. After the cutting operation there were five pieces of soap. It was time to wrap those up and prepare for Christmas. Hacklab had just received a huge bunch of high quality wallpaper samples and while staring at those the idea was pretty solid. 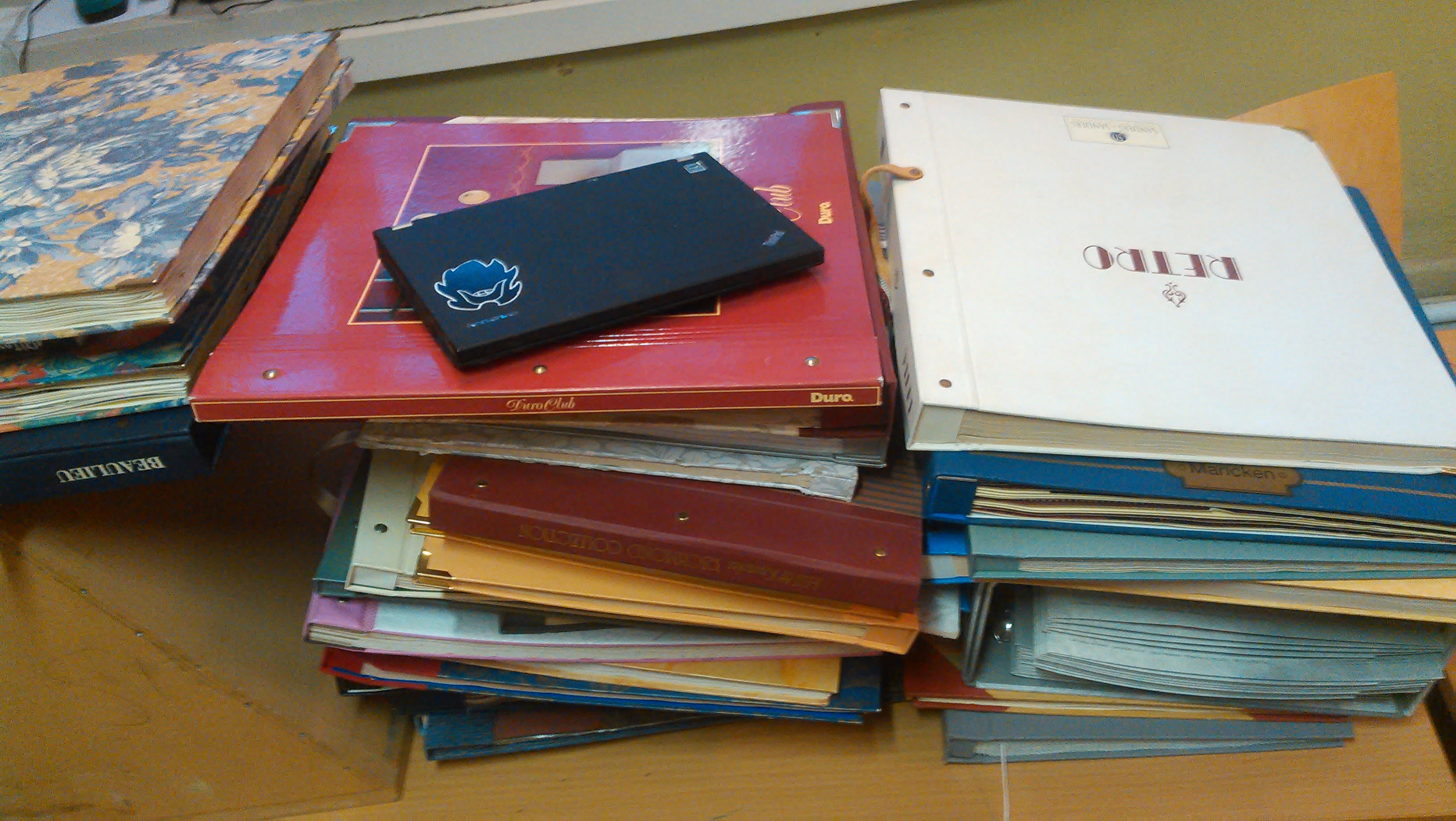 After some planning and folding and gluing the result was satisfactory but now as the soap was in its packaging there was now indication of it being soap or hand made or anything. 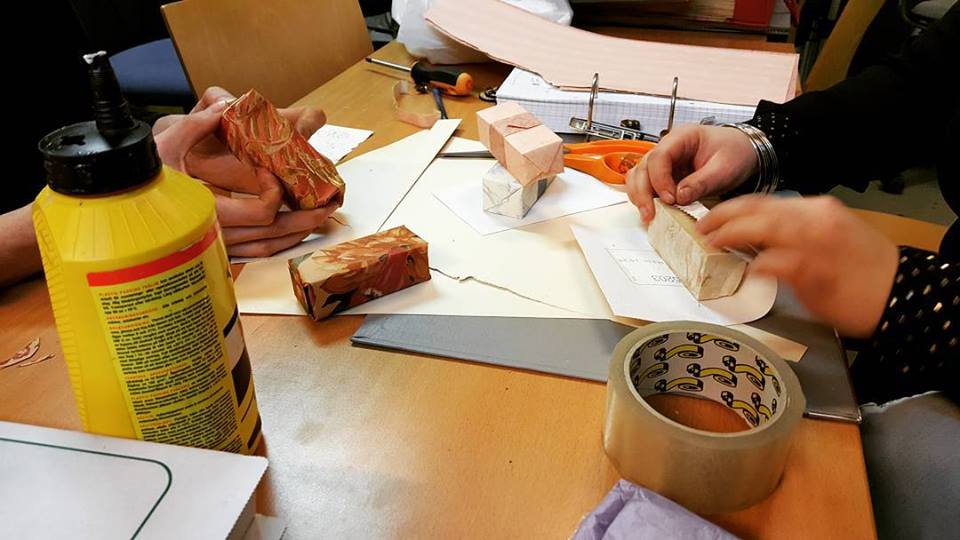 Wrapping soap bites in individual packaging. Three ready and two still in the process. Wood glue and tape used with the wallpapers.

Next thing to do was to figure out how to emphasize the contents and manufacturing process. One idea was to laser cut and engrave small signs but there was not thin enough – some sub 4mm – wood available. 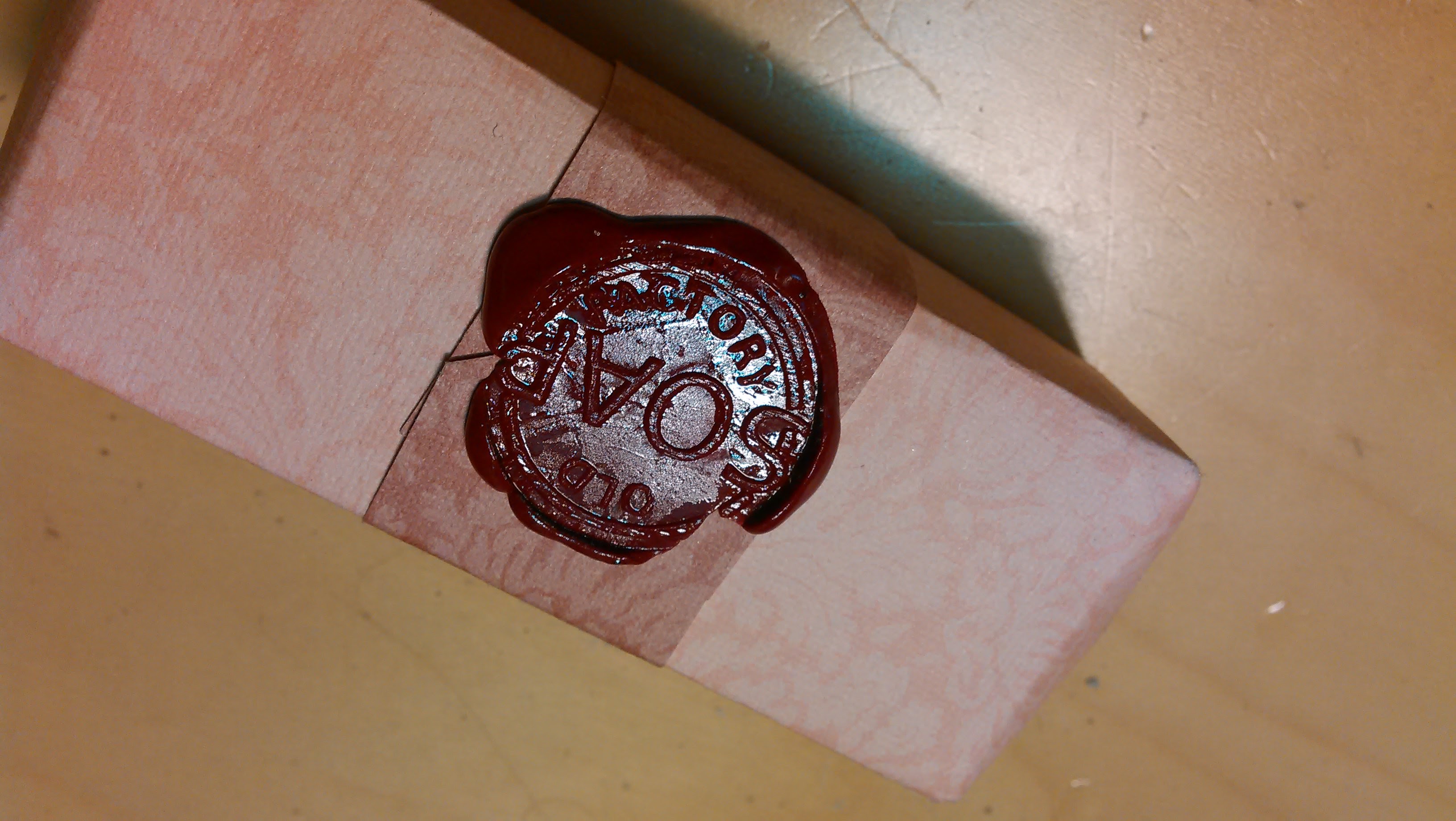 The seal on one soap package

The solution was a seal of approval. How does one make those old-fashioned seal? A bit of googling around revealed that it is possible to make the seal stamp with laser cutter from acrylic and then go and buy  the seal wax stuff from a local store. 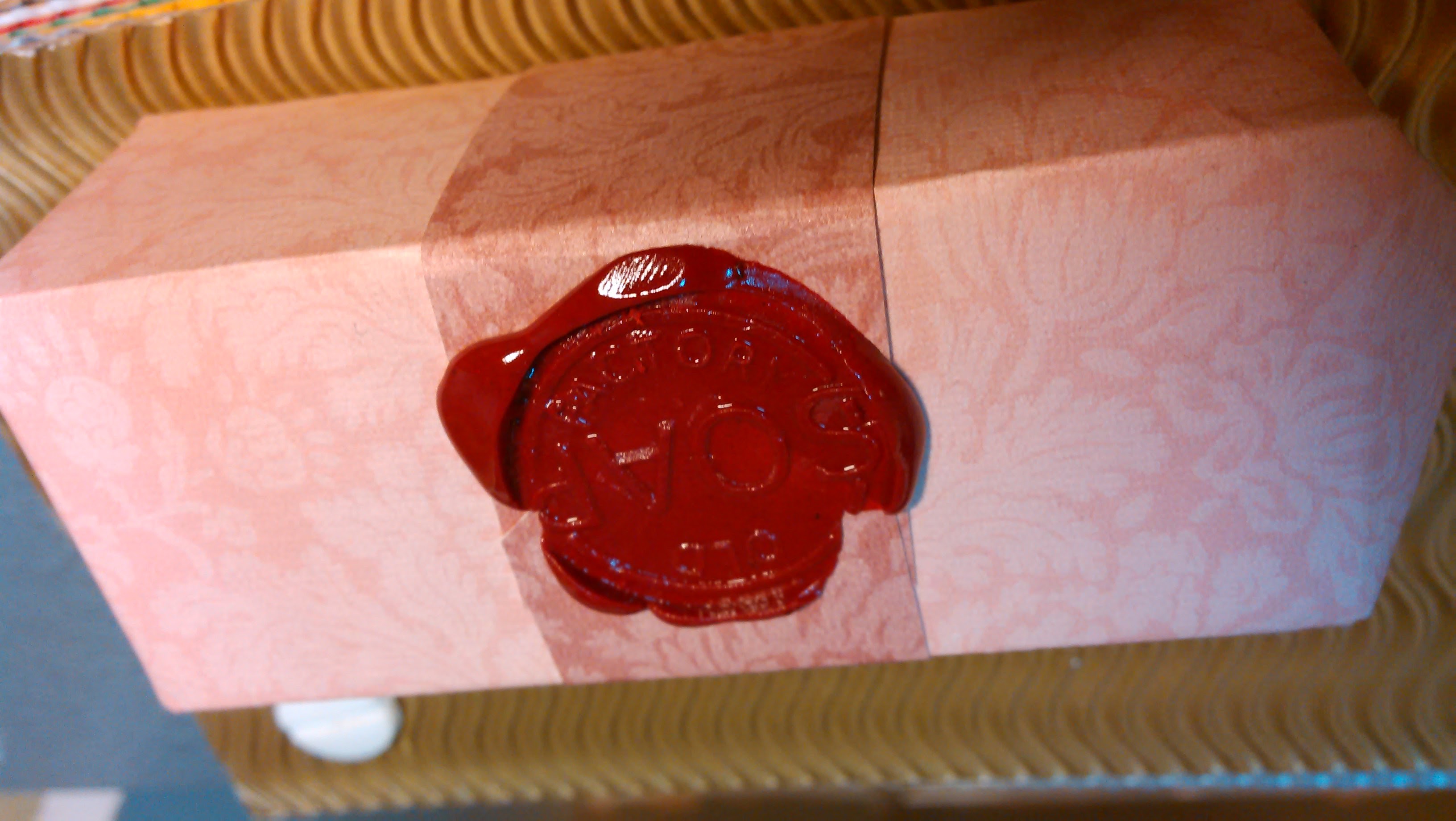 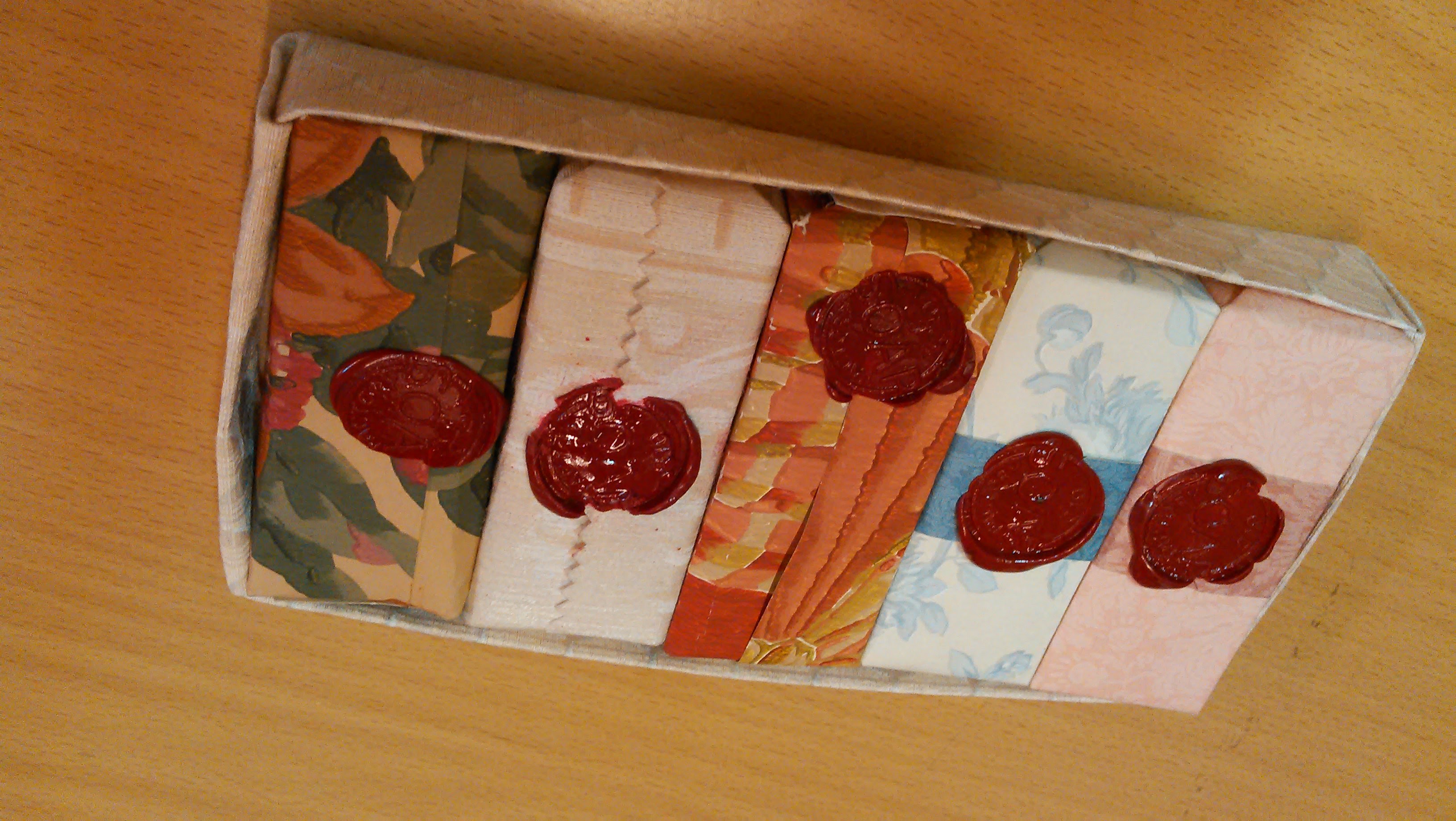 All five soaps in the ready made base box for the soaps. 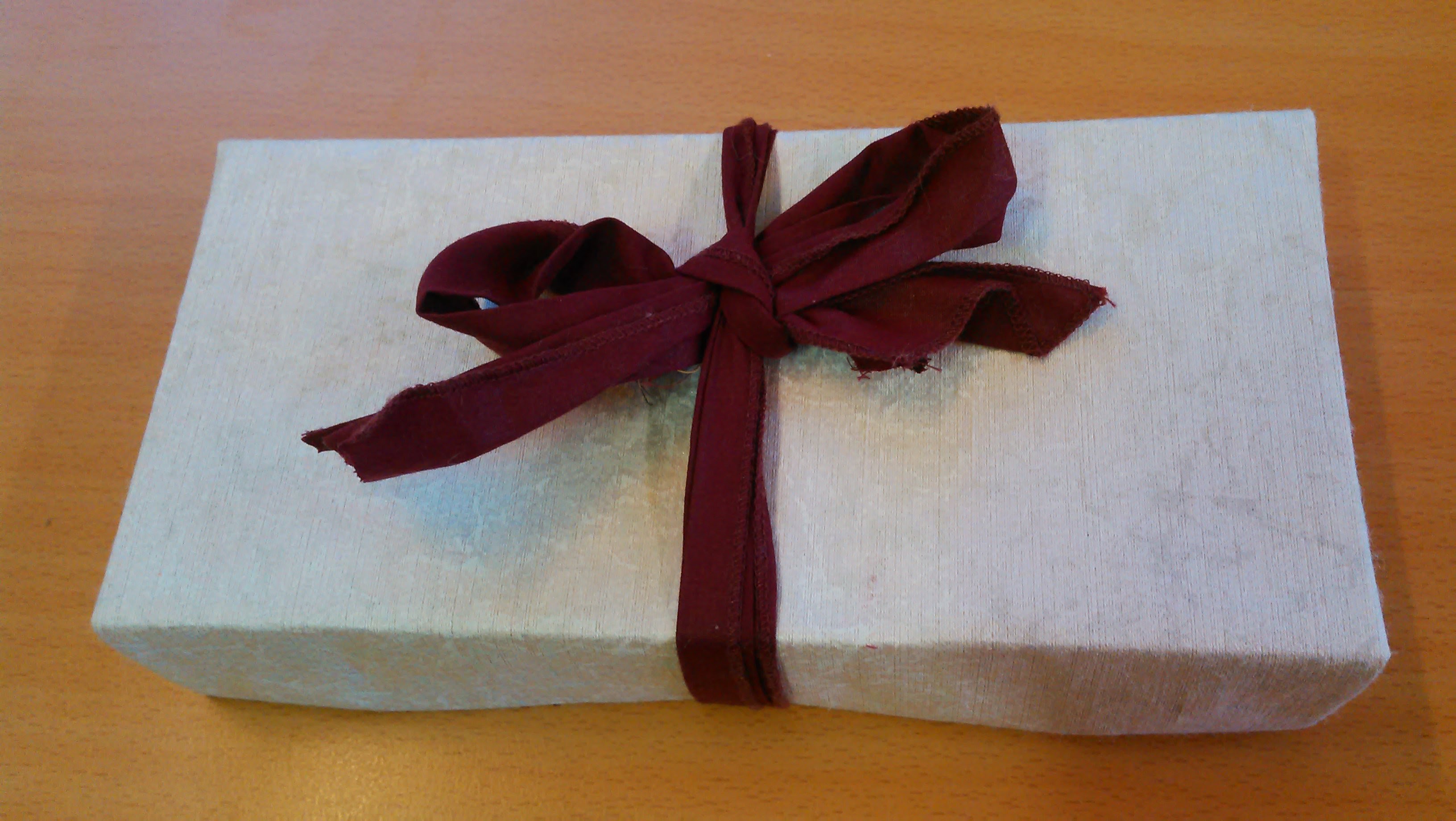 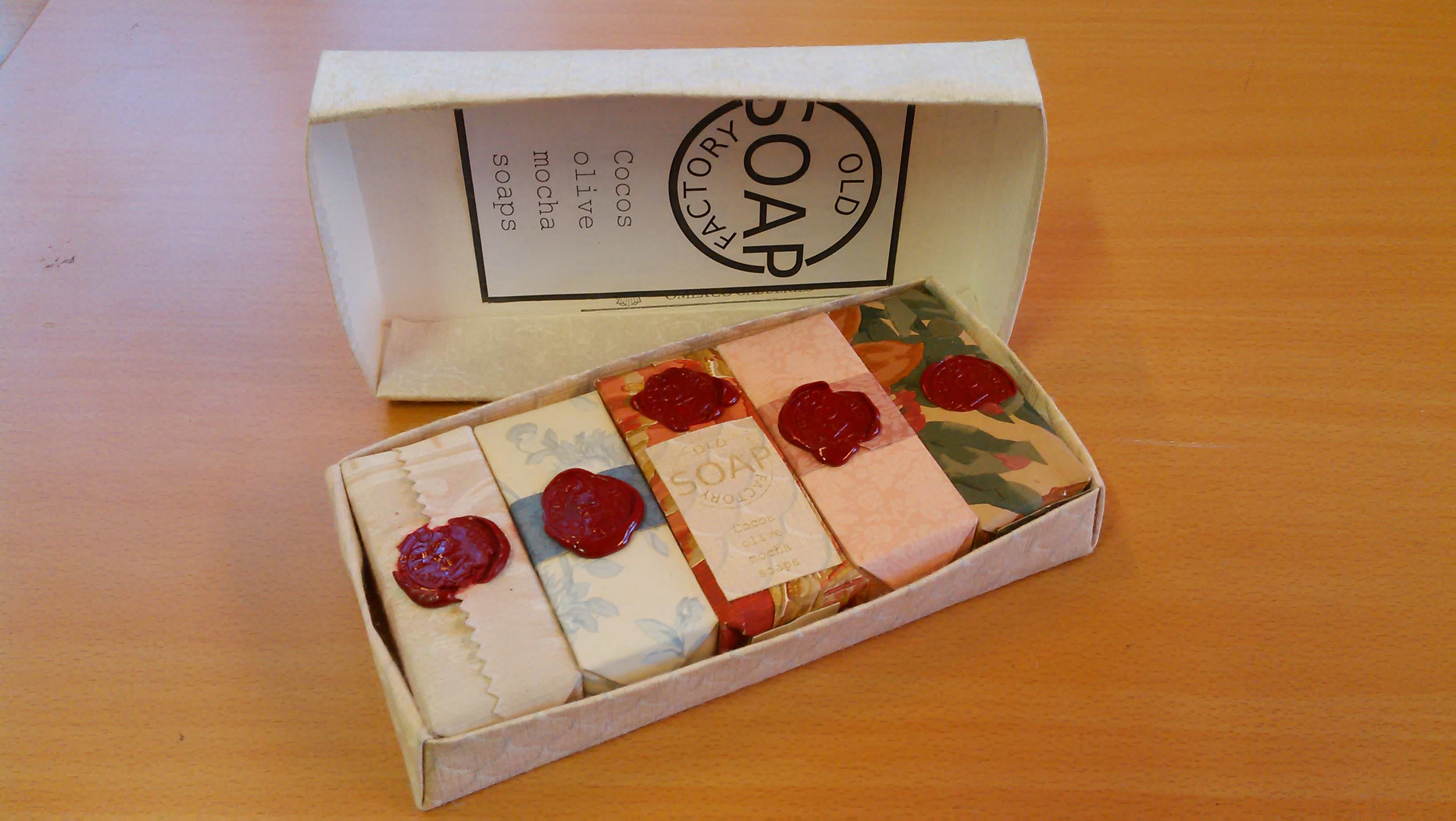